Expert Talk on "The New Media Revolution in India"

For the longest, Media has been a key pillar in aligning the interests of people with the nation. Expansion in internet footprint and improved data connectivity have formed inevitable relationships across the screens that have deepened as time glided on. To celebrate the rich and historical evolution of Indian media and what it has metamorphosed into today, we invited the distinguished industry expert Mr Ritesh Dhawan to grace Lloyd's campus with his deep knowledge and insights on "The New Media Revolution in India". The event took place on 19th May and was meticulously convened by Ms Neha Issar. The expert talk righteously spanned the origin of Media in India, initially with a strong and purposeful agenda of news dissemination, and how it transgressed into a realm of its own as years progressed. This was followed by detailed mapping of the factors that augmented the status and popularity of digital media. Owing to an ever-increasing number of web users and data accessibility, the changing dynamics of consumer behaviour patterns for sponsored messaging were analysed. Post this, the rising trend of "influencer marketing" in the west, and now India as well was emphasised through case studies. As an ever-growing market, digital media has opened up avenues for youth to voice their opinions, venture into creative professions, and realise the multiple latent opportunities in the sector. Finally, the discussion was summed up through a detailed discourse on how the young populace can become a part of this massive media revolution, and drive a positive change through unique, media-led storytelling. This expert talk witnessed splendid interaction and was concluded with solid inferences highlighting the journey and prospects of the Media landscape in India. 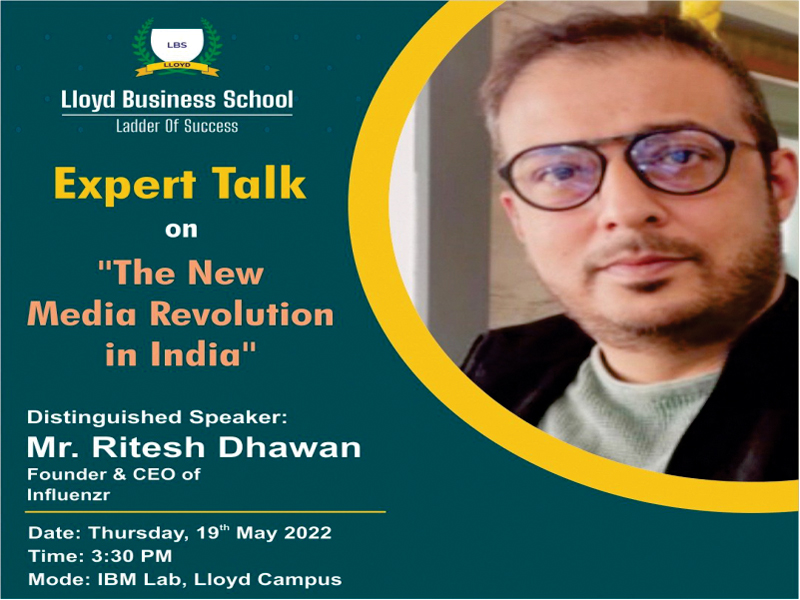 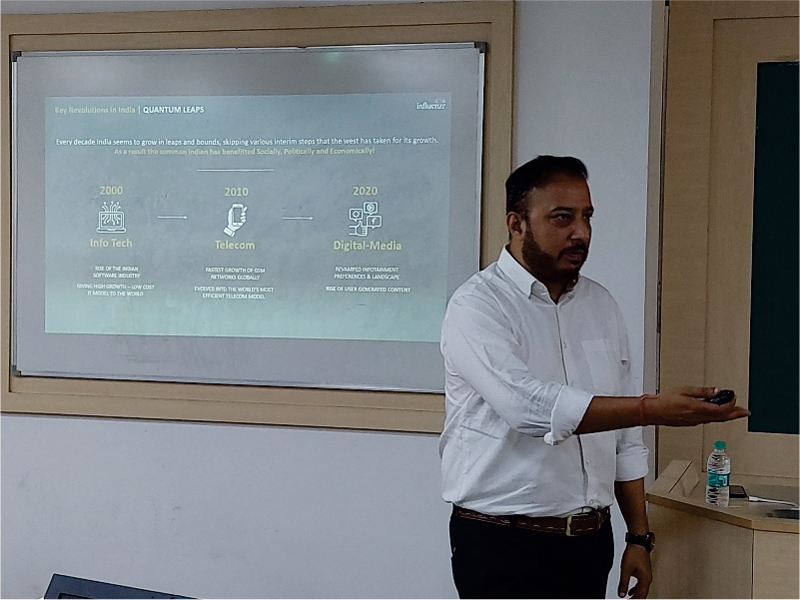 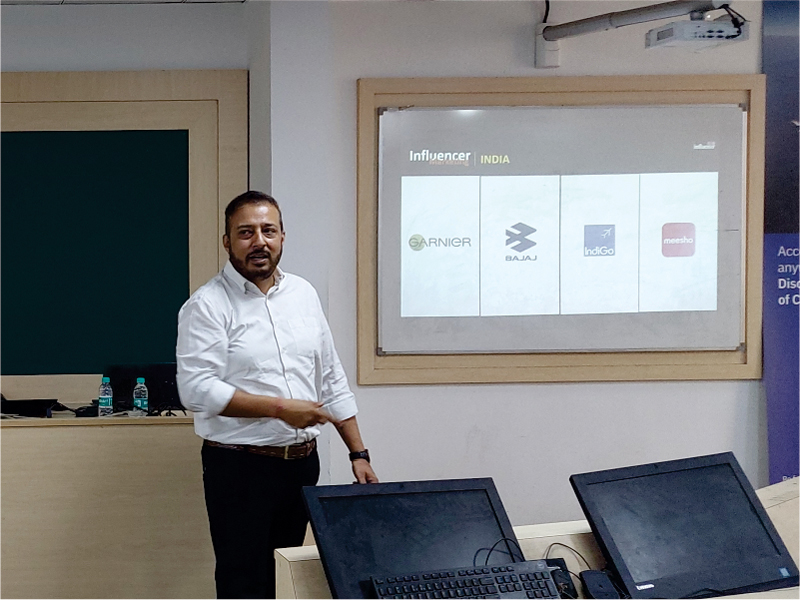 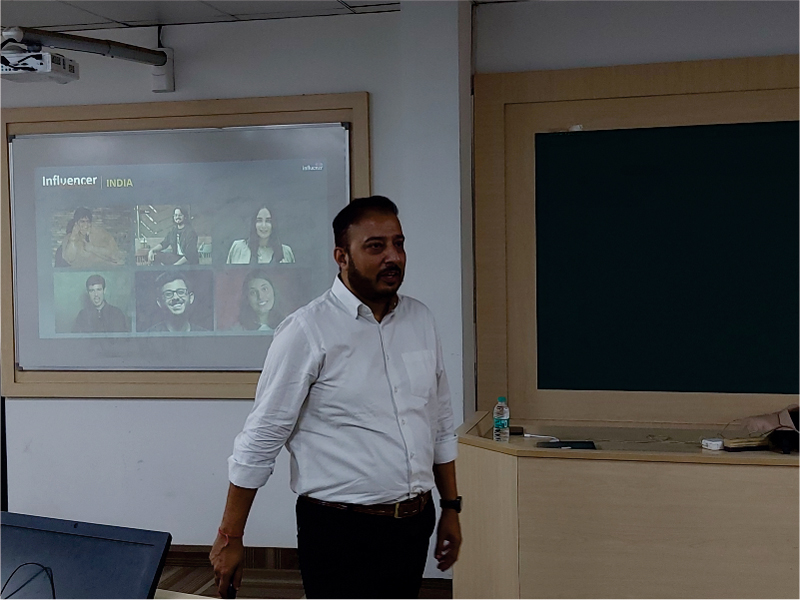 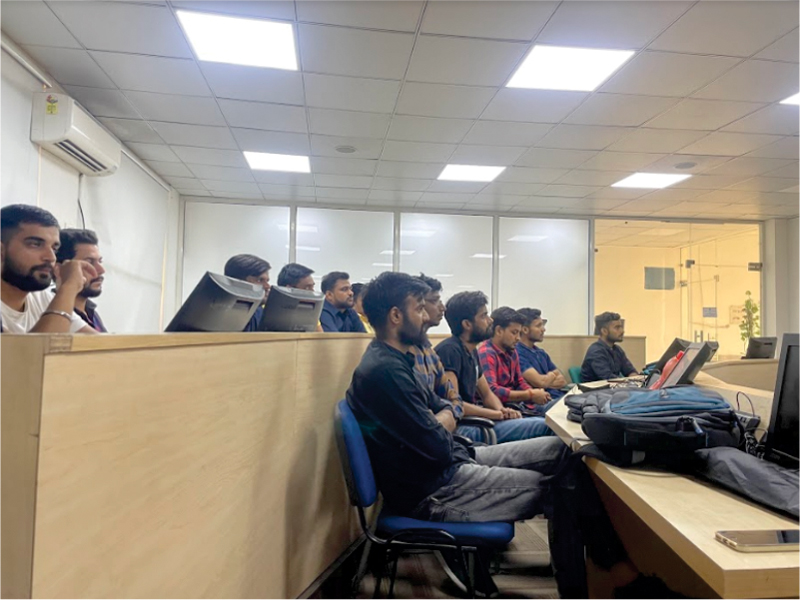 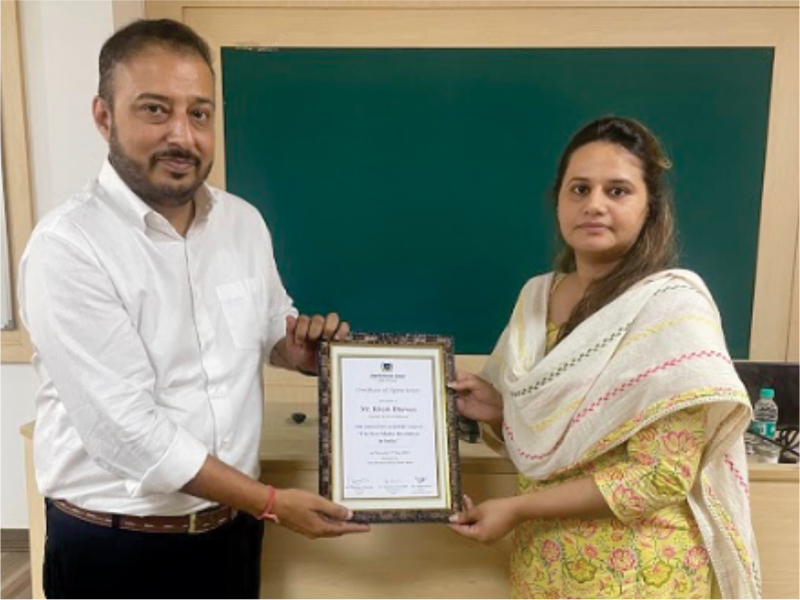 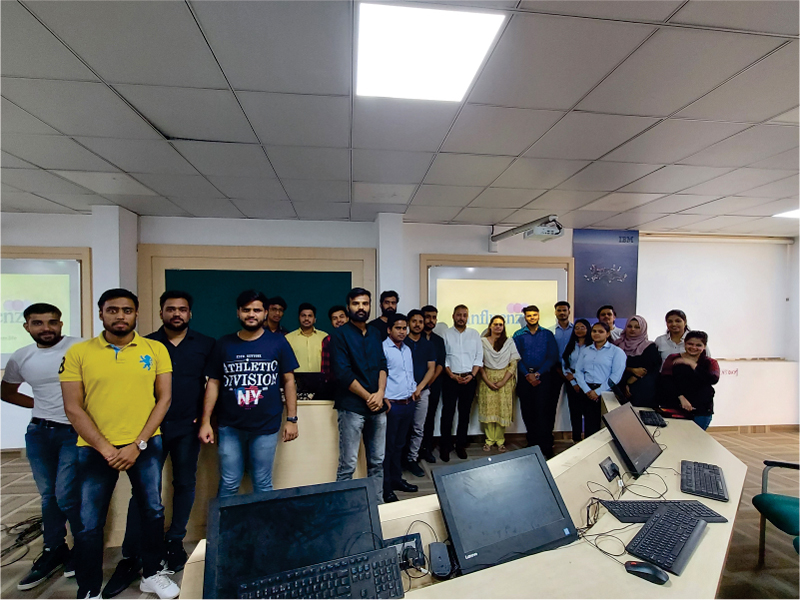