The programme was commenced by Mr. Subrat Sahu, who gave the brief introduction about NIPAM (National intellectual property rights mission under the initiative of Government’s “Azadi ka Amrit Mahotsav” which PM Modi says “to stimulate the growth of india”. Main Motto is to make people aware about the Intellectual property rights.Then Programme was proceeded by Mr. Sahu giving brief about the patent rights and acts before and after independence.He also stated that after becoming the member of WTO how India had to align its sections of the patents acts with that of the TRIPS Agreement and Uruguay Roun.

Further, Mr. Abhas Kumar Bhoi discussed at length about the rights of an individual towards intellectual property. He also emphasized about the relevance and objective of IPR. Students got insight about various types of Intellectual Property. An exhausted description about the method and procedure of applying patent, the forms used in the process along with the set of rules with each form was also apprised by Mr. Abhas. In continuation, he also narrated the fees, timelines and eligibility for filing parents. He explicitly briefed about the time it takes to get fully patent. The session also had description about Copyrights and trade secrets.

The programme was ended by Q and A session. Experts of the day Mr. Sahu and Mr. Bhoi quizzed the students in order to analyse whether the students have grasped the concept or not and the students of Lloyd Business School performed exceptionally well. The session was very informative and really easy to understand as the concept of Intellectual Property Rights can get really confusing for students. 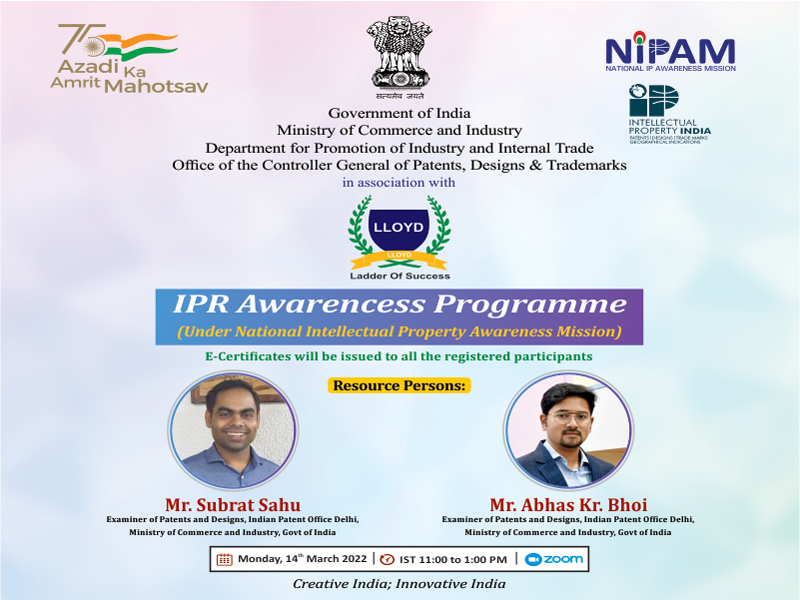 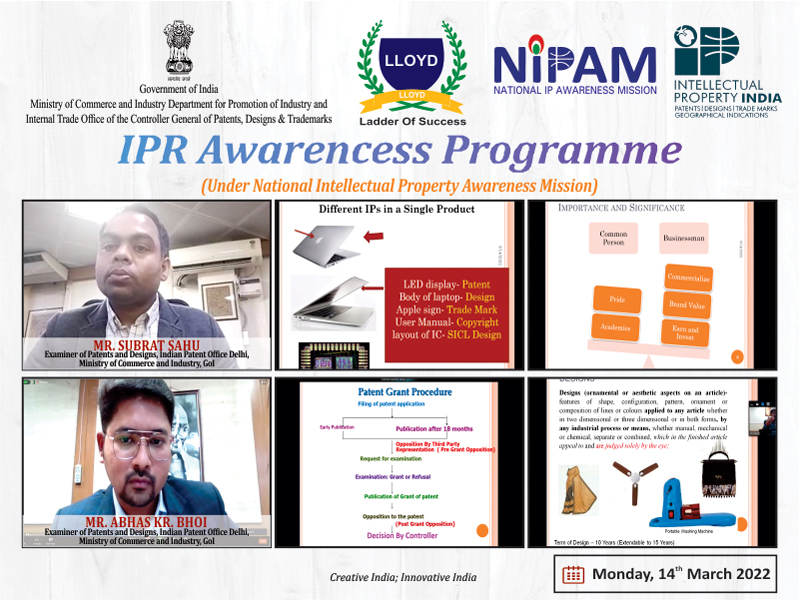